(You can have cannabis science content such as this delivered directly to your inbox. Simply sign up here for our MJBizScience newsletter.)

In a preliminary manuscript currently undergoing peer review in a well-known journal, Michael DeGregorio and other researchers offer tangible evidence that criminally prosecuting or terminating employment based solely on the presence of cannabinoids and their metabolites in blood does not inevitably comport with cognitive impairment or failure to execute activities that require high functioning. 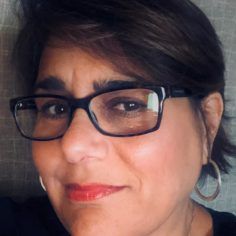 Medical professionals typically use urine or blood tests to detect the presence of cannabinoid metabolites, most typically to determine delta-9 THC.

The metabolites are often present days and sometimes weeks after consumption.

This “detection window” is variable and depends on a number of factors such as frequency, quantity and individual metabolism.

Detecting cannabinoids during these windows has historically been linked to cognitive impairment stemming from cannabis intoxication.

Studies have asserted a positive correlation between states with legal cannabis and traffic accidents with and without fatalities.

In some states where adult use (aka recreational) of cannabis is permitted, employers are allowed to ban current or prospective employees from consuming cannabis during their off-duty hours.

Clearly, the detection window has been a critical variable for employers who sought to terminate an employee who participated in a legal off-duty activity and without compromising work/job deliverables.

Numerous published research papers contend that marijuana use can cause some cognitive impairment under a variety of circumstances.

Although these papers and their merits will not be discussed in this column, researchers generally agree that acute effects of cannabis use might produce short-term functional impairment, the extent of which depends on many factors, including age and frequency of use.

Just a couple months ago, a group of Australian researchers analyzed more than 80 studies from 2007 to 2018 that researched the extent and duration of cannabis intoxication.

Although dependent on a number of variables, impairment might last up to 10 hours or as few as four hours, they concluded.

People who have gone to their workplaces and performed their duties without compromise might be subject to termination solely based on the presence of cannabinoids within the detection window.

At least equally if not more important, employers should consider the window of impairment particularly because it directly reflects work performance.

The paper reviewed for this column provides clinical data supporting a test for recent inhaled cannabis use that more relies on a determined window of impairment than on the detection window.

Specifically, the researchers collected blood and exhaled-breath samples (two-sample strategy) before and after cannabis-smoking sessions from 74 subjects with a 3:1 ratio of males to females ranging in age from 21 to 42.

Test samples were analyzed using liquid chromatography high-resolution mass spectrometry (LC-HRMS) for the quantitation of delta-9 THC and other cannabinoids in microsamples of whole blood. The data was aligned with subjects’ self-reporting of impairment on a 10-point scale.

The window of impairment was determined to be approximately three hours after smoking, with roughly 8% of subjects reporting impairment that extended beyond three hours but not more than four hours.

Interestingly, the presence of delta-9 THC did not conclusively demonstrate recent use within the impairment window.

Overall, the results from these studies (and more to come) pave the way toward laws that will end discrimination against people who choose to engage in lawful activities outside the workplace.

Susan Audino, Ph.D., is a chemistry consultant and instructor for the American Association for Laboratory Accreditation. She is based in Ohio.